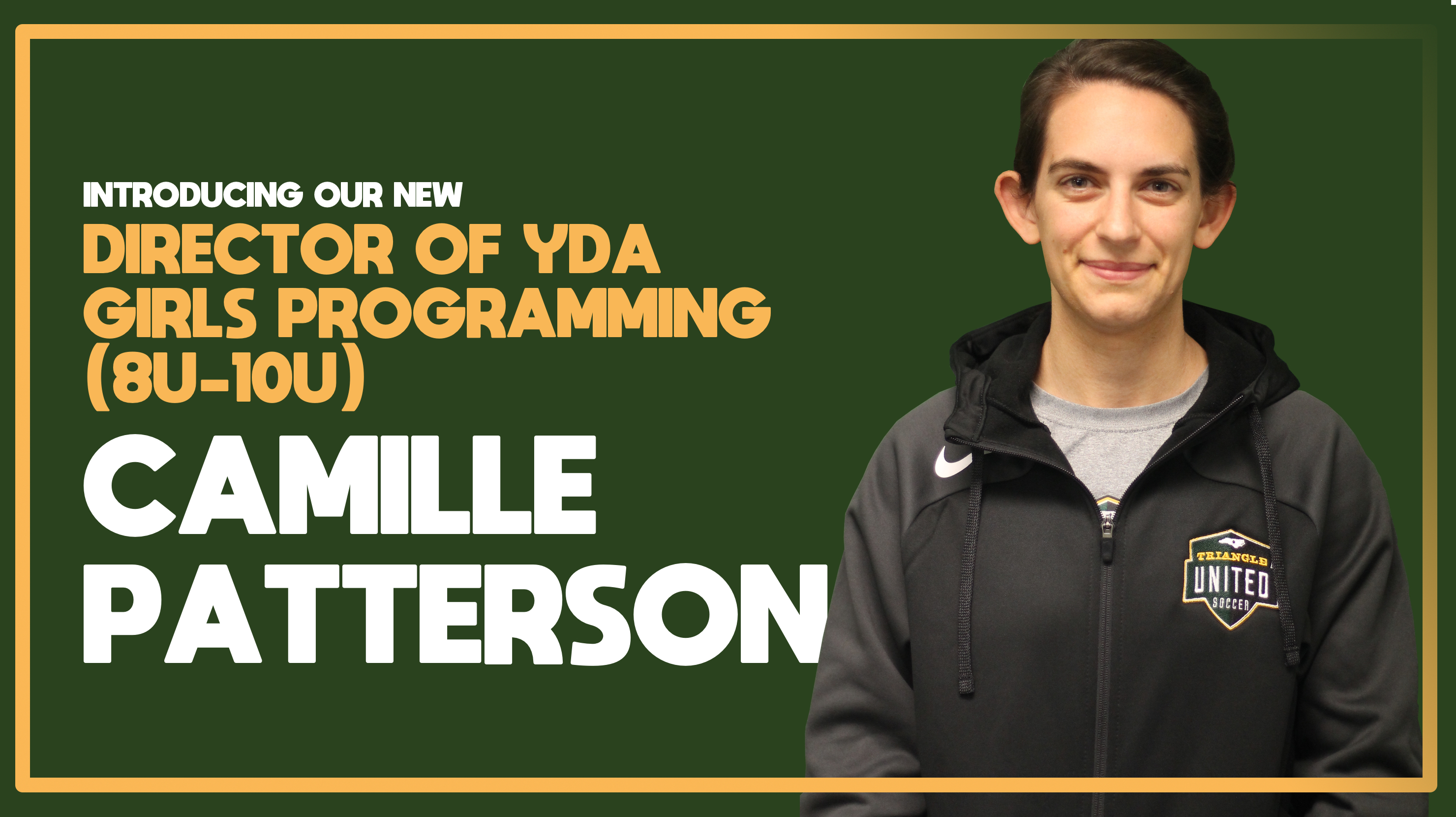 Triangle United is thrilled to announce Camille Patterson, as our new Youth Development Academy (YDA) Girls Director.  Camille will begin her role this May during YDA evaluations.

Camille joined Triangle United in its inaugural year of 2005 as a player, playing for the ’92 Gold Girls team until graduation in 2011. During her first three years at Triangle United, she was coached by John Cirillo, TU Director of Soccer.

“I am personally excited to see Camille come back to where she began her classic career.  Camille was a very dedicated soccer player and was also striving to be the best player she could.  I feel she is going to bring that passion and desire to not only the players she works with, but also to the programs she is overseeing”, stated John Cirillo, Triangle United Director of Soccer.

She continued her soccer career at Appalachian State University, graduating with a degree in Athletic Training in 2015. In 2018, Camille graduated from Georgia State with a Master’s Degree in Sport Administration and joined the TU coaching staff this past October.

In addition to the YDA Girls program, she is also the director of the Recreational Programs at Triangle United, which include Woodcroft, Juniors, as well as assisting with our TAGS program.

Please welcome Camille back to the Triangle United family when you see her out on the fields.